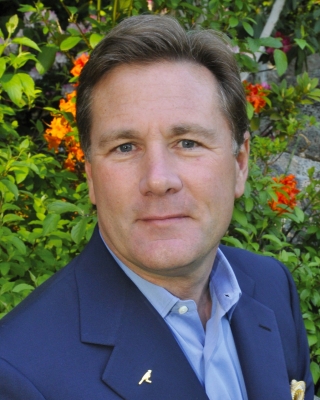 The Don Listwin Award for Outstanding Contribution to Cancer Early Detection recognizes a sustained contribution to, or singular achievement in, the cancer early detection field. The award is named in honor of Don Listwin, founder and chairman of Canary Foundation. 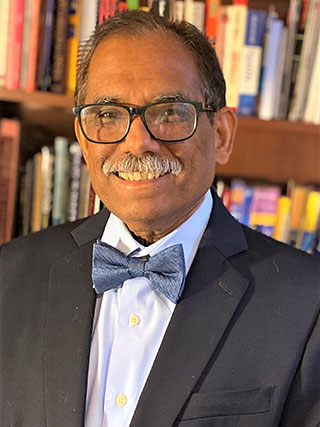 Dr. Srivastava is Senior Scientific Officer and Chief of the Cancer Biomarkers Research Branch in the Division of Cancer Prevention, National Cancer Institute (NCI), National Institutes of Health (NIH). He is well-known for having established a number of transformative programs on translational research on cancer screening, early detection, risk assessment and enabling technologies including artificial intelligence with a network of leading experts in medicine, science, computational biology that has advanced scientific discoveries and revolutionized diagnostics in cancer early detection. In 2000, Dr. Srivastava developed and implemented a novel approach to collaborative clinical research on cancer biomarkers through the establishment of the Early Detection Research Network, a flagship program at the NCI that has begun translating biomarkers into clinical tests (> 8 FDA approved and > 19 CLIA certified) for early detection. This network has been a pioneer in applying innovative technologies in the validation of cancer biomarkers as well as in the development of a national informatics infrastructure to support the research.

He also developed a number of strategic programs that promotes the convergence of interdisciplinary approaches from physics, biology, chemistry, and engineering emphasizing seamless integration of these disciplines into innovations, team science and translation from the bench to the bedside. These include EDRN, the Alliance of Glycobiologists, the Liver Cancer Consortium, the Liquid Biology Consortium, the Pancreatic Cancer Early Detection Consortium, the Cancer Imaging and Biomarkers Program, and the PreCancer Atlas. His conceptualization and implementation of the EDRN informatics infrastructure, in collaboration with NASA’s Jet Propulsion Laboratory, has become a model for similar collaboration established at the NIH. He is respected as an early adapter of emerging technologies, in particular, artificial intelligence initiatives he launched in 1994, before the science became omnipresence in the life sciences and a vital approach in today’s world of enhancing human capabilities. He has successfully developed partnerships on shared interests with the National Institute of Standards and Technology, DOD’s Center for Prostate Disease Research, DOE’s Pacific Northwest National Laboratory, and the Jet Propulsion Laboratory. In addition, he has developed collaborations with international and non-profit foundations, such as Japan’s Agency for Medical Development and Research, Cancer Research-UK, the China Cancer Institute/Chinese Academy of Medical Sciences, and U.S. organization such as Pancreatic Cancer Action Network, Lustgarten Foundation, and Kenner’s Family Research Foundation.

In recognition of his leadership in cancer diagnostics, Dr. Srivastava was featured in Wired magazine in August 2003, and more recently, has been awarded a Distinguished Public Service Award (2016) by the American Pancreatology Association, a Distinguished Clinical and Translational Proteomics Award (2017) by HUPO International, and the Distinguished NCI Cancer Prevention Fellowship Program (CPFP) Alumni Award (2016).

We are honoured to award this year’s Don Listwin Award for Outstanding Contribution to Cancer Early Detection to Rebecca Fitzgerald MD FMedSci, MRC Cancer Unit at the University of Cambridge and an internationally recognized pioneer for her exceptional research into the prevention and detection of oesophageal cancers.

This award is given to recognise and thank Rebecca for the work she has done to develop, grow and establish the research needed to detect cancer early.

She is the Interim Director of the MRC Cancer Unit, Hutchison-MRC Research Centre, Professor of Cancer Prevention, and Clinician Scientist leading research in the Early Detection of Cancer for the University of Cambridge and the CRUK Alliance for Cancer Early Detection (ACED). Rebecca is known for the development of the Cytosponge technology, a sponge on a string that patients can swallow instead of undergoing an endoscopy. The Cytosponge collects cells from the oesophagus for staining, which can flag the presence of TFF3-positive cells indicative of Barrett’s oesophagus, a precursor to oesophageal cancer. Recently Rebecca and her team published work demonstrating that Cytosponge increases the identification of Barrett’s in individuals with frequent heart-burn symptoms by 10-fold compared to standard of care. The building of evidence for its clinical implementation for surveillance of high-risk individuals and in endoscopy sparing due to COVID-19 related pressures on health systems continues to make a vital impact to patients’ lives and is internationally recognised for its contribution towards breaking barriers in research.

Recognised by colleagues far and wide, her commitment to improving the wider research environment by enabling global research capabilities in oesophageal cancers and developing the research base in early detection through fostering collaborations are just a few of the reasons why we’re lucky to have her within the early detection community. 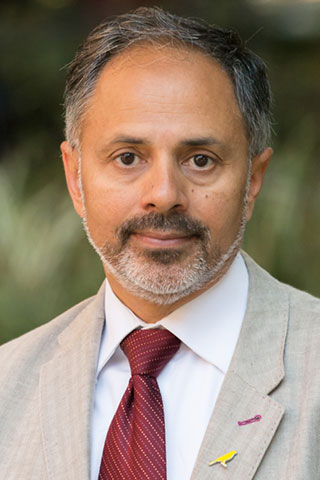 We are honoured to posthumously award this year’s Don Listwin Award for Outstanding Contribution to Cancer Early Detection to Sanjiv Sam Gambhir, MD, PhD, Professor and Chair of Radiology at the Stanford School of Medicine and an internationally recognized pioneer in molecular imaging. This award is given in great respect to recognise and thank Dr. Gambhir for the work he did to develop, grow and establish the research community needed to detect cancer early. He remained a tireless advocate to this cause until his death on July 18, 2020. He was Director of the Canary Center at Stanford for Cancer Early Detection, Director of the Precision Health and Integrated Diagnostics Center, and Director of the Molecular Imaging Program at Stanford. Within the field of radiology, Gambhir was known for the development of positron emission tomography reporter genes, which can flag molecular activity that signals something’s gone awry in the body. To colleagues far and wide, he was known as a leader and scientist with sprawling expertise and a work ethic to aspire to. More than that, colleagues said he was a kind and generous friend, a nurturing mentor and a catalyst for collaboration. Dr. Gambhir dedicated his career to developing methods of early disease detection, ushering in a new era of molecular imaging to flag signals of disease in its nascent stages. Dr. Gambhir brought together collaborators in achieving the same goal, and we thank him for helping the partnership between Cancer Research UK, OHSU and Canary Centre at Stanford grow.

The Canary Center at Stanford is part of Stanford Medicine. To reach a new level of innovation, Stanford Medicine draws from people with a variety of backgrounds and life experiences. Innovative programs ensure diversity is reflected in our programs, culture and leadership.
Home
About
Agenda
Speakers
Register Here
Abstract Submissions